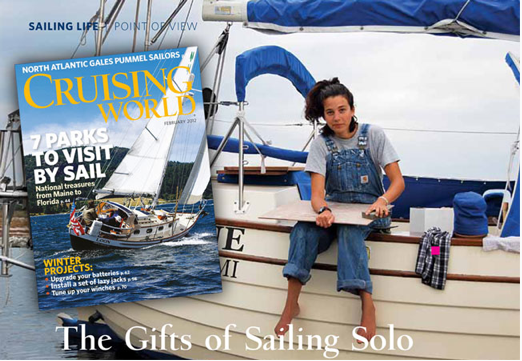 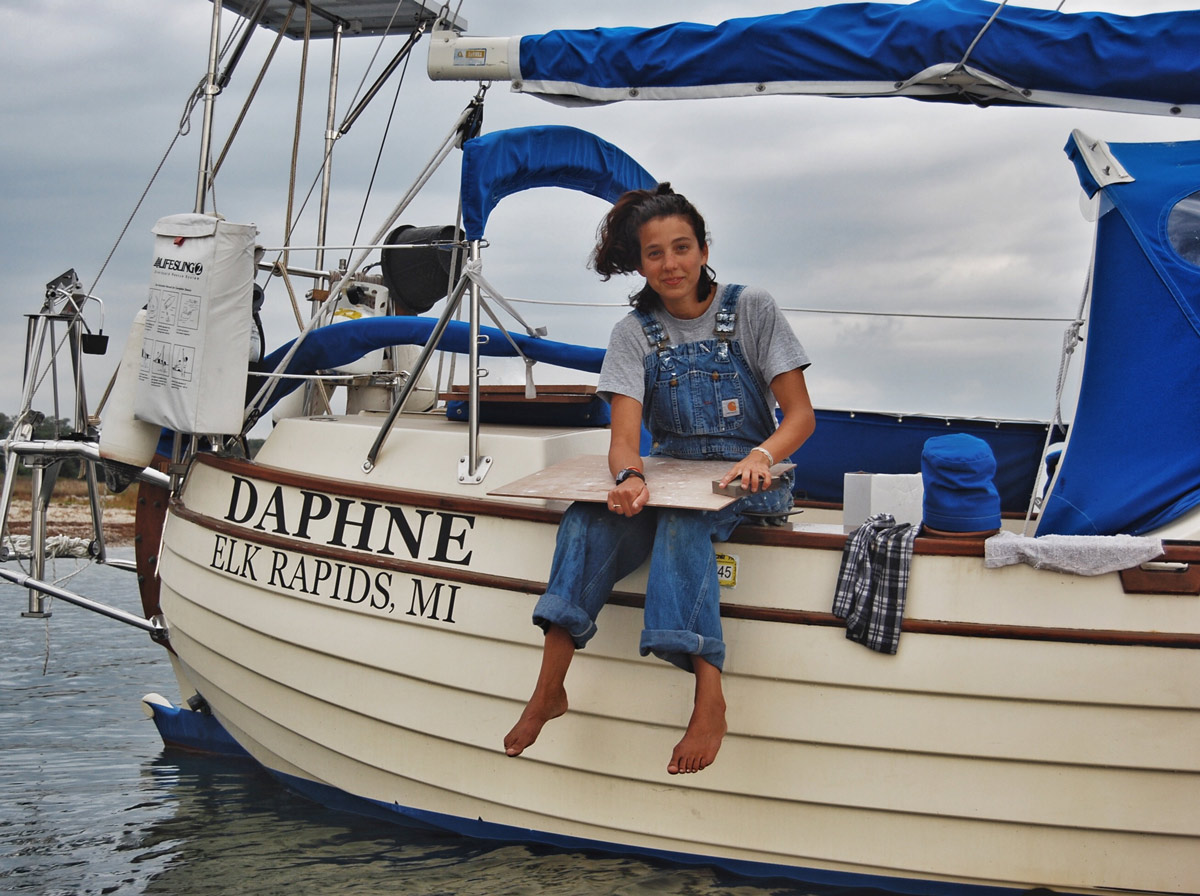 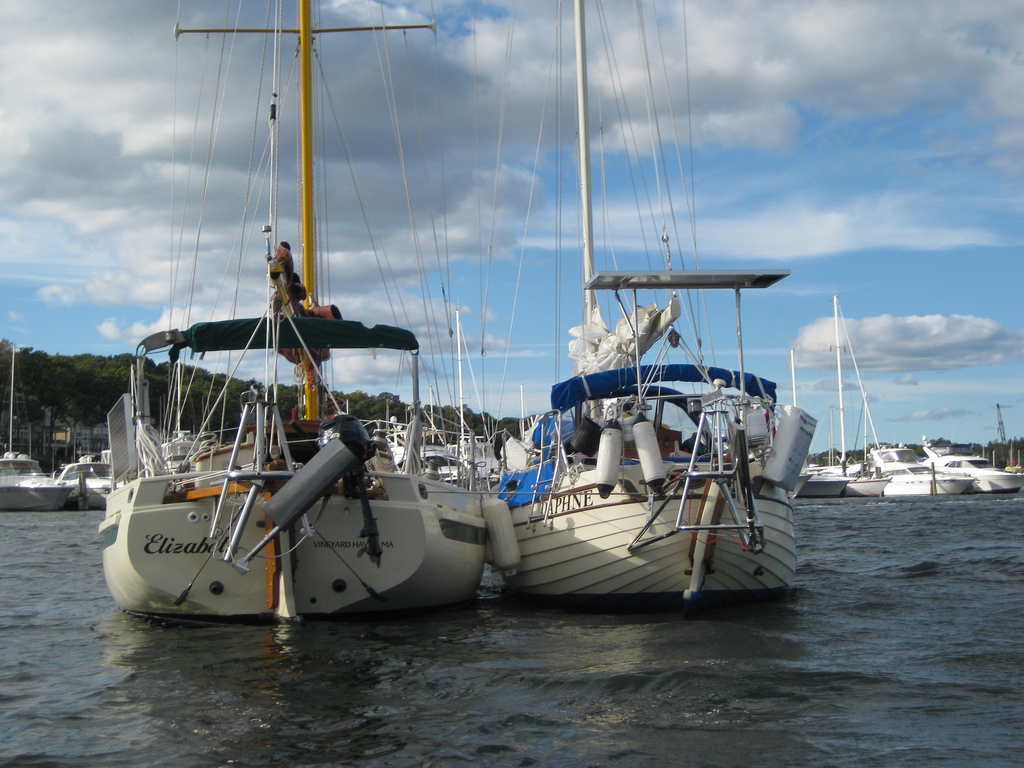 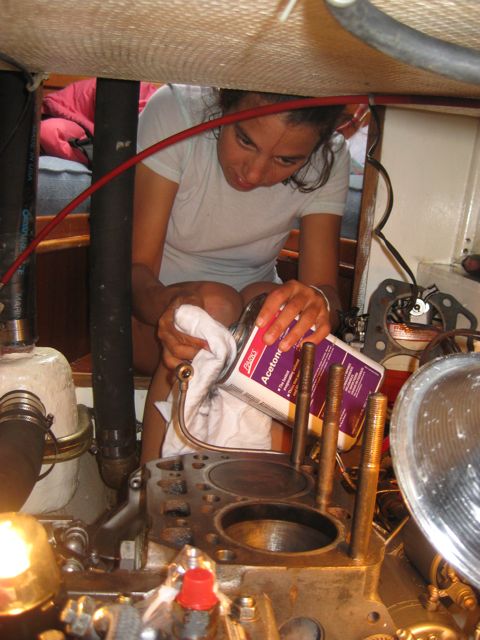 Private Expeditions... a sign of the times. We had

From aloft she always looks so slender and sexy up

Runnin’ up The Reach. Poled out jib. @zoomsails

Two heads’ls! Today, we fly both the jib and sta

Fog sitting over Swans Island. It rolled in and ou