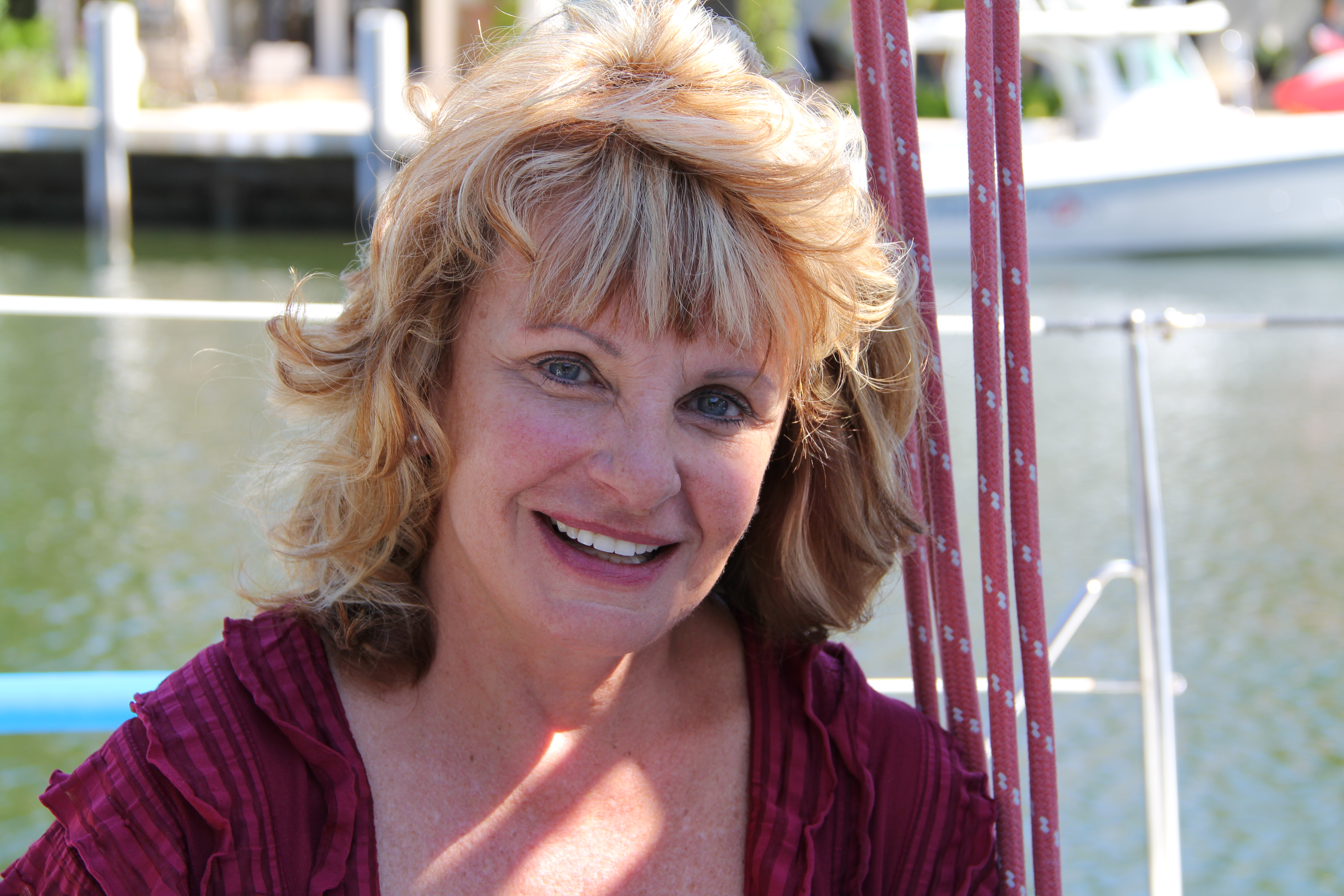 Last week I was in Florida visiting a friend on her boat. The waterway was full of boats and beautiful houses. A lot to see and notice. But I was focused on the company I was with and wasn’t paying attention until she said, “My friend Anne lives on the boat next door. She sails it all by herself.” My ears perked up. Another solo sailor? And to top that, another female solo sailor! I always pay attention to the sailors around me while I’m cruising. Most often they are couples. Occasionally there is a family or a solo male sailor. Now I can say I’ve met another solo female sailor.

Ben and I met as solo voyagers and agree that it is the core of who we are as sailors today. In all the sailing I have done, nothing compares to what I have gained from solo sailing for an extended period of time, and I will always treasure that opportunity. I wrote “The Gifts of Solo Sailing” for Cruising Word a few months ago to describe why its valuable to me. Yet, even the best writing wouldn’t capture the essence better than experiencing it. So, when I heard there was another female solo sailor right next door, I just had to meet her and get her take on it.

Anne Hennessey lives aboard her boat Dakota and is bound for the Bahamas. Most of the time she is sailing alone. Occasionally he invites a friend or two aboard Dakota and they enjoy an afternoon out on the water. “Thats one of the things I love about sailing is to see it in new eyes again. I’ve taken women and men who haven’t sailed before and some of them love it in the first minute and others are like, “Well um..thats nice…,” she said, and then giggled. She was lighthearted and fun. We sat in her cockpit and talked for a while about sailing solo, being a female sailor, and her dreams and fears. 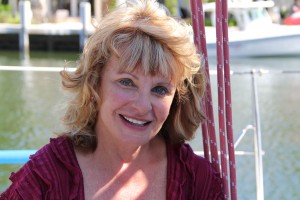 I asked her if she noticed any difference of how women and men respond to her being the female captain of her own boat? My question caused her to giggle. “Thats interesting,” she said, drawing the words out. “Most women are really happy that I’m doing that. A lot of people say when they hear about it that it gives them the idea to follow their own dream, and I like that a lot. A couple of times, men respond differently.” More laughter.

“Most of the time if I’m in a good mood I just shrug it off.” She was warming up to my questions. “Once in a while my Irish temper gets up. Once I had a bridge tender that really gave me a hard time. To give him the benefit of the doubt, my boat has a racing rig, so its a really tall rig. He didn’t understand why other boats could get through and that I would always ask for an opening. One day he said to me,” and at this moment she leaned forward, lowered her voice and produced a serious tone, “Now I want you to go right through the middle and I’m going to scope you as you go through.” Then she leaned back, threw up her hands and said, “Well, I thought that was fine, because I knew I couldn’t fit under the bridge. And I went through and he had nothing to say. After that he stopped giving me a hard time.” We both giggled at this for a moment. Then she became thoughtful, “Its almost like I had to prove myself. And this is the important part of the story; When I would have someone on the radio who knows how to use the radio, and it was a male voice, he never asked them. He never questioned them.”

I understood what she was talking about. I had experienced this kind of bias too. But as with anything, there is also a positive side to it. So I asked her, “Has there been any perks of being a woman solo sailor?” Her answer came as no surprise. “Every once in a while, coming into a marina, I will get extra help. There will be people wondering what I’m doing and offering to help me. I can think of a couple of marinas where the boats that were with me would check up on me. One guy offered to go up the mast for me. But I like to go up the mast. But on this particular time I did need another set of hands for the project, so I appreciated his help.”

We then began talking a bit more about solo sailing. Despite never wavering from her decision to choose this path, there have been a few times when sailing alone really challenged her. She told me about a time when she was sailing north from Miami and saw a squall coming south toward her. She decided to avoid the squall and turned back toward Miami. “I I hadn’t been paying attention to Miami,” she said, “So when I came about, I saw a huge squall coming at me from Maimi too,” at this she laughed. “And you know how it gets very cold before the squall strikes. Well, that happened. And in that moment I was thinking, “Oh no!” But I got through the squall just fine. I barely got to the mouth of Fort Lauderdale when the squall was over. There were two other boats out there. One was larger with a crew of four. When the squall was over they headed out again and I thought, “Thats only because they have a crew of four. I’m a crew of one and I’m tired, I’m going in!”

“I’m glad you made it through the storm,” I told her and then said, “When you decided to buy a boat, were you nervous that it would be too much to handle?”

“Yes,” she replied quickly. “When I started I had zero experience with a diesel engine. So I read a lot and tried to learn as much as I could. But its different having your own. So, that part scared me and I thought I would just stay around people and ask enough questions. I’m still learning, and its been good. And I think thats part of it. Its never the same; the weather, the boats, the crew. So you’re always learning. Thats one of the reasons I love it.”

Before we parted, I told her that a lot of people dream of living on a boat and doing what she is doing. I asked her what she thought it took for someone to get out there and do it. She looked thoughtful for a moment and then said, “When I was growing up I told my parents that since the family all loved the water, we should live on a sailboat. But my mother said we would have to sell the house, which I thought was a great idea. But she had the veto and didn’t think that was the thing to do. So when my life turned around and I had the opportunity to do this, I just felt that I had to. I love sailing, I love being at the tiller, I’m just so so happy. Thats what it takes; knowing that its really what you want to do!”

I suppose it took a sense of humor too.