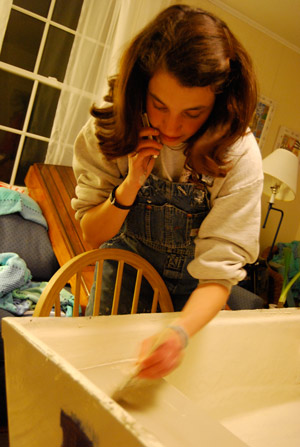 We get so excited seeing our former students out t