Last summer I was teaching an Outward Bound course in a pulling boat off the coast of Maine when the students lost their way in the thick fog. My co-instructor and I told them to stop sailing, drop the anchor, and figure out where they were. We sat quietly in the cockpit and listened for sounds that might be useful for determining our position on the chart.

To the northeast, we first heard calm seas, then breaking waves—possibly an indicator of shoals. As we sat, the breaking waves became louder and more frequent. The tide was falling, and as it fell, it revealed more rocks; the waves rolling in from the ocean crashed more frequently on the increasingly exposed rocks. 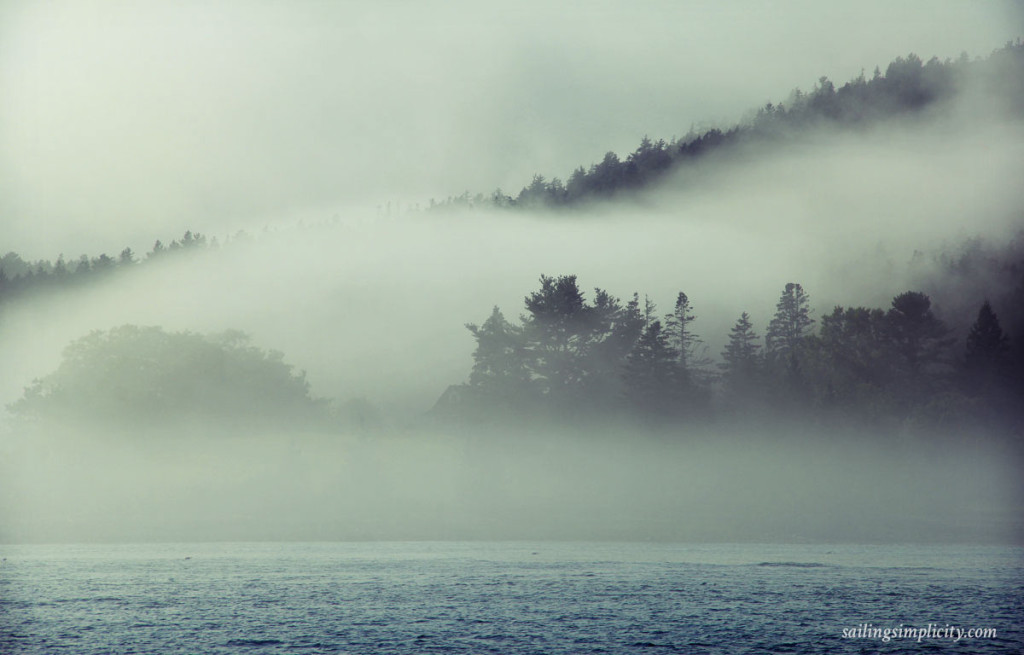 To the south, we could hear “z-z-z-zoo-z”, the distinct chatter of a black-throated green warbler, which prefers to hang out in coniferous trees. Perhaps the branch where this one perched was situated along the narrow mainland peninsula nearby. Ahead we heard a distant bell, ringing loud and clear through the fog. Perhaps this was the bell buoy marking the harbor entrance. Just by using our ears, we identified three possible landmarks with which we could triangulate our position.

Moments like this are incredible when we make the most basic connection with our planet and use our senses for survival. The boat I live on now has a radar and GPS. But I wonder, if we had that equipment aboard the pulling boat would I have sat there in the cold, dripping fog, as the day grew dim and my stomach growled? Would I have sat there quietly and just listened for 30 minutes, and most importantly, would I have recognized the signals?

Our amazing advances in technology today have come at a cost. Our growing detachment from nature has been replaced by a growing trust and engagement with gadgets. Once upon a time, nature was the challenge; it made a way of life difficult. Now the challenge lies more in maintaining a crucial intimacy with nature. 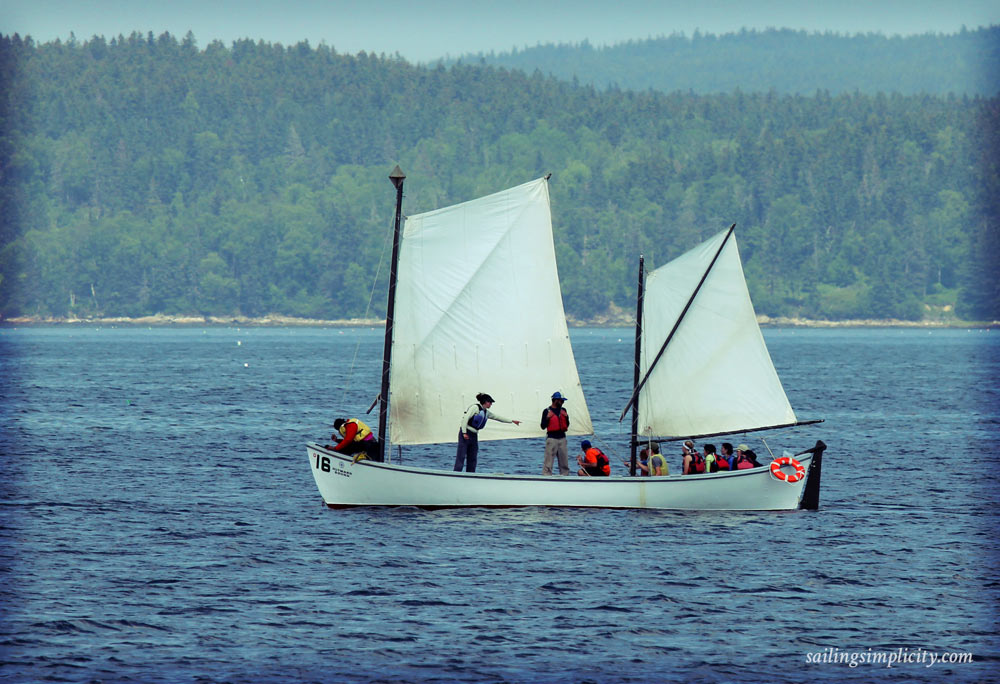 In his 2011 book, The Nature Principle, journalist Richard Louv wrote about a growing gap between mankind and nature. Increasing nature in our lives increases important human capacities, he argued. Drawing from nature’s restorative powers can increase compassion, intellect, and physical well-being. We need more voices like Louv’s. We are so plugged in to devices that most people are more familiar with the notes of a McDonalds jingle than with the song of a bird sitting on the windowsill. We go online to connect, but as a society we are experiencing a growing disconnect.

Some people find nature in the forest. The ocean is where I go for inspiration. I grew up in Michigan, 762 miles from the Atlantic Ocean and 2,046 miles from the Pacific. Many people, especially Midwesterners, remember the first time they saw the ocean. I don’t. Having grown up on the shores of Lake Michigan, I probably thought, “What’s the big deal? When you have a Great Lake in your backyard, who needs an ocean?” What I do remember is my first taste of it.

I was 8 years old, in Florida on a family vacation. While playing at the beach, I was pushed down by waves so aggressively that when I surfaced I was coughing and spitting water. My throat and nose stung with salt and I loved it. Up until then, I had a habit of swimming and playing in the water with my mouth wide open in a smile. Water has a way of provoking that kind of expression. It took just that one shocking taste of salt water for me to understand that I would never stop chasing the endless cycle of ocean tides. Just a walk on the beach can be calming and bring peace of mind. I’m certain I’m not the only one who feels that way.

Marine biologist and ocean advocate Jacques Cousteau said, “the sea, once it casts its spell, holds one in its net of wonder forever.” A quick look back through history reveals many other artists, politicians, thought leaders, and scientists who felt elation when they were near the ocean. “The voice of the sea speaks to the soul,” said American writer Kate Chopin (1850-1904). “Why do we love the sea? It is because it has some potent power to make us think things we like to think,” said American painter Robert Henri (1865-1929).

[quote]Our growing detachment from nature has been replaced by a growing trust and engagement with gadgets. Once upon a time, nature was the challenge. Now the challenge is maintaining a crucial intimacy with nature.[/quote]

As early as the 16th century, physicians believed in the ocean’s healing potential, prescribing dunking in it, drinking it or resting on the shore as a therapy for many ailments. The ocean has been used for baptisms, weddings, and a place to scatter ashes of a loved one.

Marine biologist Wallace J. Nichols, author of the new book Blue Mind, has tried to understand the science behind our emotional connection to water. He wants to understand the science of what many people sense—that water has a way of bringing out the best in us. In an effort to understand the water’s effect on the brain, Nichols sat on the shore wearing a cap fitted with cables connected to an electroencephalogram to measure his brain activity. He found that when he was near the water, his brain accessed a part of the brain that is active when you aren’t focused on tasks or the outside world—a part that is active during wakeful rest or daydream moments.

This helps explain what I have always understood only as a “gut feeling”—why I, like so many others, find beach combing so meditative and tranquil. Being on or along the water filters out excess brain clutter and allows me to listen to my inner self.

After living for more than 10 years with her husband and three young children in the city, a friend moved aboard a boat a year ago with her family. Her youngest daughter was only two years old at the time of the move and still had not spoken. But once she moved aboard the boat, she started to talk. Wandering around the vessel, she repeated the same words over and over again like a song, or chant. “Yea water….yea happy.” Sometimes children get right to the heart of the matter.