I’m not sure what prompted me to sit up wide awake in the middle of the night. Sure, the breeze was strong, but it had been for hours, so I had grown accustomed to it. Daphne’s anchor was set deep into the mud and hadn’t budged an inch, and I don’t recall any strange motion or sounds. Still, something wasn’t right so without getting out of my sleeping bag, I slid open the hatch, stuck my head out, and looked around.

To my right I saw Elizabeth anchored reliably despite the howling wind. Slightly between us and closer to shore were our cruising friends aboard Sabbatical. They were also steadfastly anchored. The three of us had set our anchors early in the day before the storm came through. 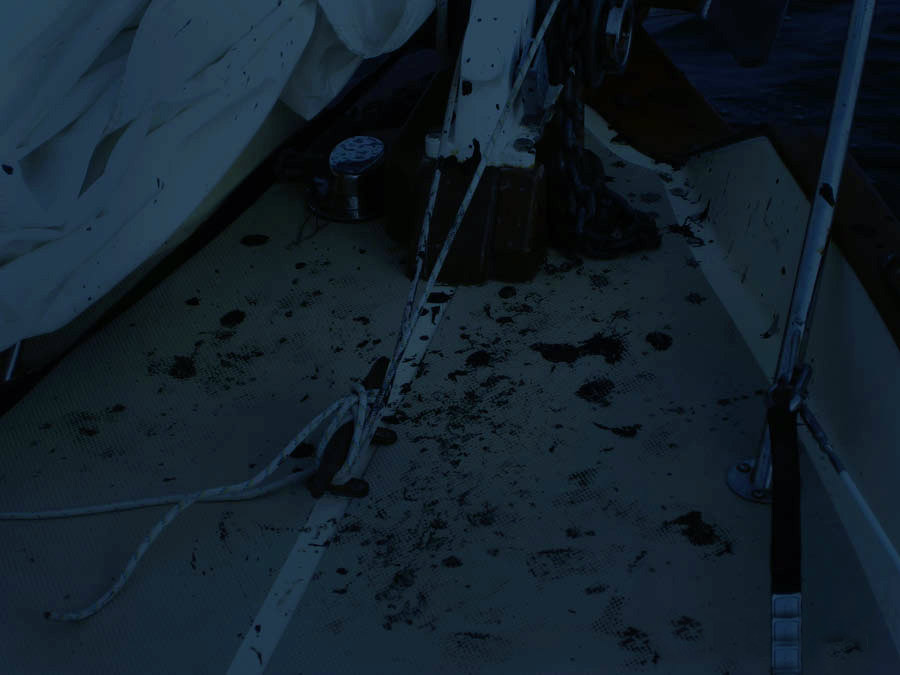 As I glanced around the anchorage, I saw a large catamaran swiftly drifting straight for Sabbatical! Panicked, I called Nicole’s phone. “Wake up, there is a boat headed straight for you,” I told her, but they were already up and aware of what was going on. It was a close call, but the catamaran drifted past, and almost landed on the beach before they got their engine started.

With a sense of relief, I watched them motor around the anchorage as I dialed Ben on the cell phone. “Benji, there is a catamaran wandering about the anchorage,” I told him, “I thought they were going to crash into Sabbatical. I’m not sure what they are doing, so you better stay awake until they anchor.”

“I’m awake,” he told me, “I woke up when they hit the side of Elizabeth. I knocked my head pretty hard as I bolted out of my rack. Thankfully I haven’t noticed any damage.”

“To your head or the boat?” I asked, as I watched the catamaran make a large circle to my left and round up into the wind just ahead of me. “I gotta go, Ben, I think they are going to drop their anchor right on top of mine.” I hung up the phone, and dashed into my forward cabin. By this time the rain was pouring and the wind was honking. I grabbed my brightest spotlight, my whistle, the engine keys, and the windlass handle and went forward to the bow.

“Hey,” I shouted and shined the light on my anchor rode so they could see it better. “You’re anchoring too close.”

The woman driving the boat didn’t even glace back to me. “Hey,” I shouted again. But no response. So, I blew my whistle. At this she turned and looked at me, then shouted toward the man on the bow who was lowering the anchor, “This girl is trying to tell us something,” she shouted to him. I ran back to the cockpit and hailed them on the VHF, but there was no response. This went on for a while. Me running between the cockpit and bow, hailing them on the VHF, shouting toward the catamaran, lighting my anchor with the spotlight, and the woman relaying the message to the man at the bow who didn’t respond much more than a grunt.

I was freezing and wet by the time they had their anchor down. Their boat pulled taught against the rode was only about one boat-length away. Too close for my comfort. And with a wide open anchorage, room for twenty more boats, there was no reason we needed to be anchored so close to each other. I knew I needed to get the message to the man at the bow. Once he saw how close he was, surely he would re-anchor. But when he returned to the cockpit of his boat, he and the woman retreated into the cabin without even a glance toward me, despite my shouts and whistles. I tried once again to hail them on the VHF, but they had turned their cabin lights out and I could tell they weren’t interested in hearing from me. I didn’t want to be anchored directly downwind from them. There was nothing I could do but re-anchor myself.

The wind had been blowing strong for more than fourteen hours and Daphne’s anchor was set well. I pulled on my foul weather gear and began the long effort to weigh the anchor. It took me about thirty minutes to get the anchor up, and as I pulled the chain in, Daphne drew up close to the catamaran. So close, I was able to knock on their hull and try once again to alert the owners that they had dropped their anchor nearly on top of mine. But not even a rustling sound came from the cabin.

A few hours after my initial stirring, I was re-anchored a mile up the river. Ben joined me, and our new anchorage was more cozy and secure than before, lending to a more peaceful night sleep. The next day, as Ben and I headed out of the harbor, we motored past the catamaran for one last look and to take a mental picture. 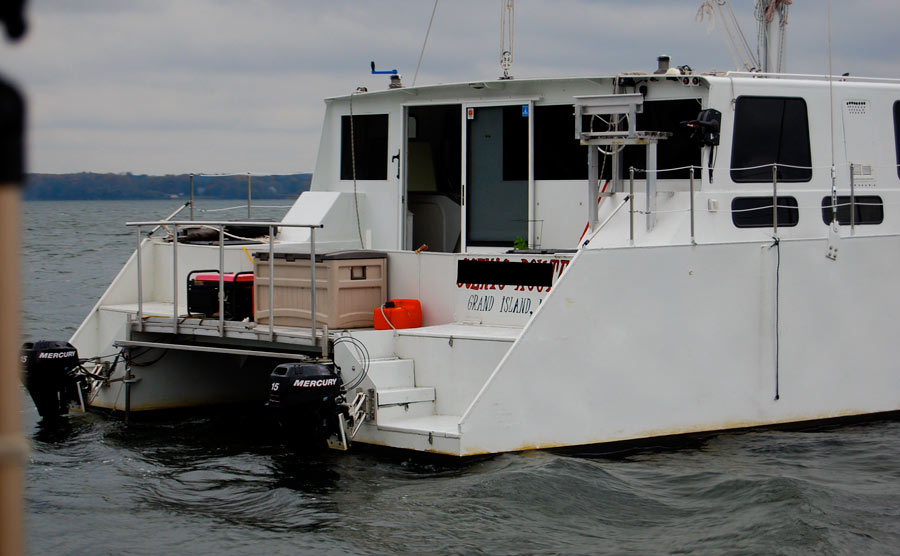 I’m not sure why the sailors aboard the catamaran were having problems that night. I’m just glad that everyone was safe and no one was hurt. Sailors face multiple causes of stress and things like wind, fatigue, rain, hunger, sun exposure, equipment failures, cold, injury, etc can compound resulting in trouble even when using your best judgment at the time. The key is to understand your body and mind so that you can anchor and rest when you need it. But sometimes when you’re out sailing, the anchorage just isn’t close enough when you need it most. It’s so easy to complain about other sailors when they appear to make mistakes or disregard the mariner’s etiquette. But it’s times like those that I have to remind myself to be the person that I want to be and recognize that I don’t know the full story about what happened that night so I should not place blame and instead put it behind me and remember it only as a learning experience. Someday, it might be me who’s anchor is fouled and starts dragging in the middle of the night.

Thank you, Terry, for suggesting “Don’t Anchor So Close To Me” when I asked for writing prompts on Facebook. I almost forgot this story, but thanks to your suggestions, I now have it written down to be remembered forever.

If you have a topic you would like me to write about, please join the Facebook community and post it on my wall, or in the comments below.