Sound Signals and VHF Protocol in the Fog

Our recent 3 day Morse Alpha sail training expedition in beautiful Maine offered a wide variety of sailing conditions. We saw gusts to 30 knots the first day out, thick fog the second, and light winds the third. The perfect course… a little bit of everything, couldn’t have planned it better myself.

We had fun tucking in a 2nd reef, then a 3rd, then shaking them all, and re-tucking them! We experimented with balance, moving our center of effort forward then aft to feel the effects of each sail individually.

But when the fog rolled in overnight, and the southeasterly winds persisted the next morning, we knew we weren’t going to be able to avoid traveling in the fog. We delayed as much as possible, spending time below going over sail theory, sail trim and learning the nuts and bolts of navigation in the fog. But 1100 came, and we had to catch the tide. 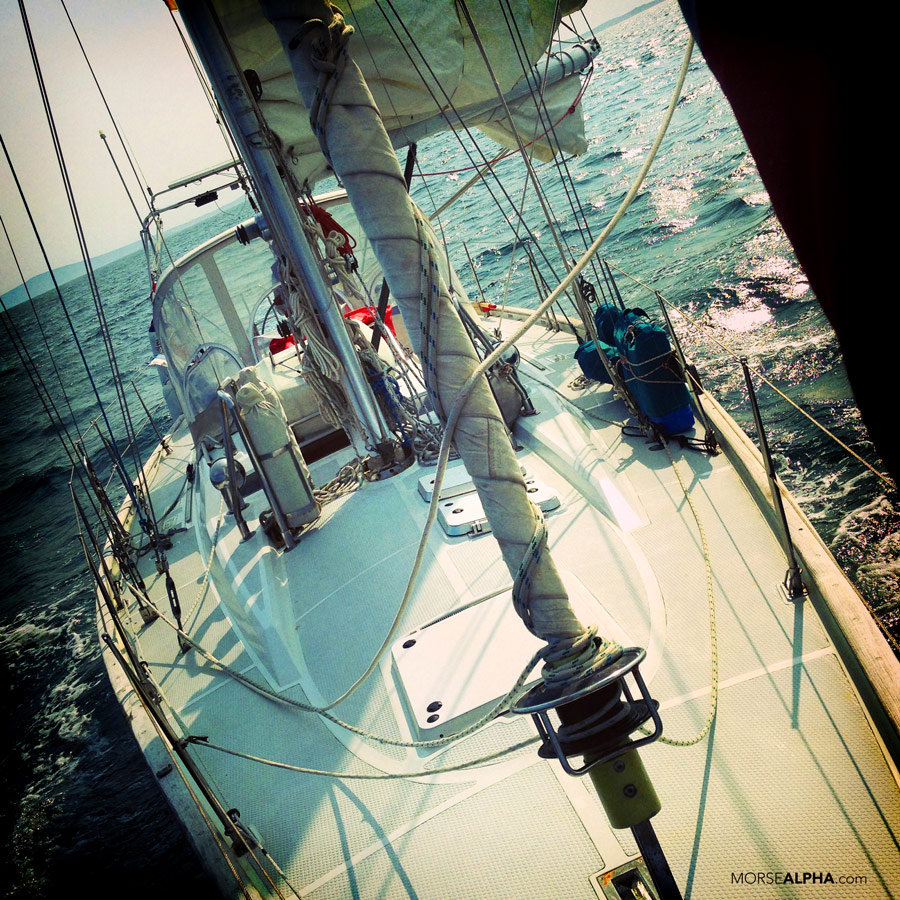 We conservatively motored our way through the Casco Passage, a tight channel with a strong 2-3 knot current and about a thousand lobster traps, or so it seemed—we were too busy to count. Making our way west towards The Deer Island Thorofare we heard the schooner Mary Day on the VHF giving a securité (pronounced “secure-a-tay”) call, announcing their name, location, direction of travel, and that they were under sail. They were just  making their way past Stonington, eastbound. It was obviously socked in there too, bad news.

A sailing vessel replied to their securité call and asked for clarification on the Mary Day’s direction of travel and exact location (on a working channel, NOT 16). Then went on to ask how thick the fog was there. Captain Barry  let him know he was “socked-in just north of Russ Island“. To which the sailboat replied, “Do you think I should drop anchor here, right where I am if it’s really thick there?”

“Well Cap, I can’t really say. That’s up to you to decide.” Barry responded.

“Well, I think I’ll keep going then.” the yachtsman stated.

“Just keep sounding your horn, and we should pass each other safely” said Barry.

“Oh. Well Cap, that’s not good” said Barry calmly, surely holding back a few expletives and his opinion of the yachtsman’s seamanship on this public VHF forum. 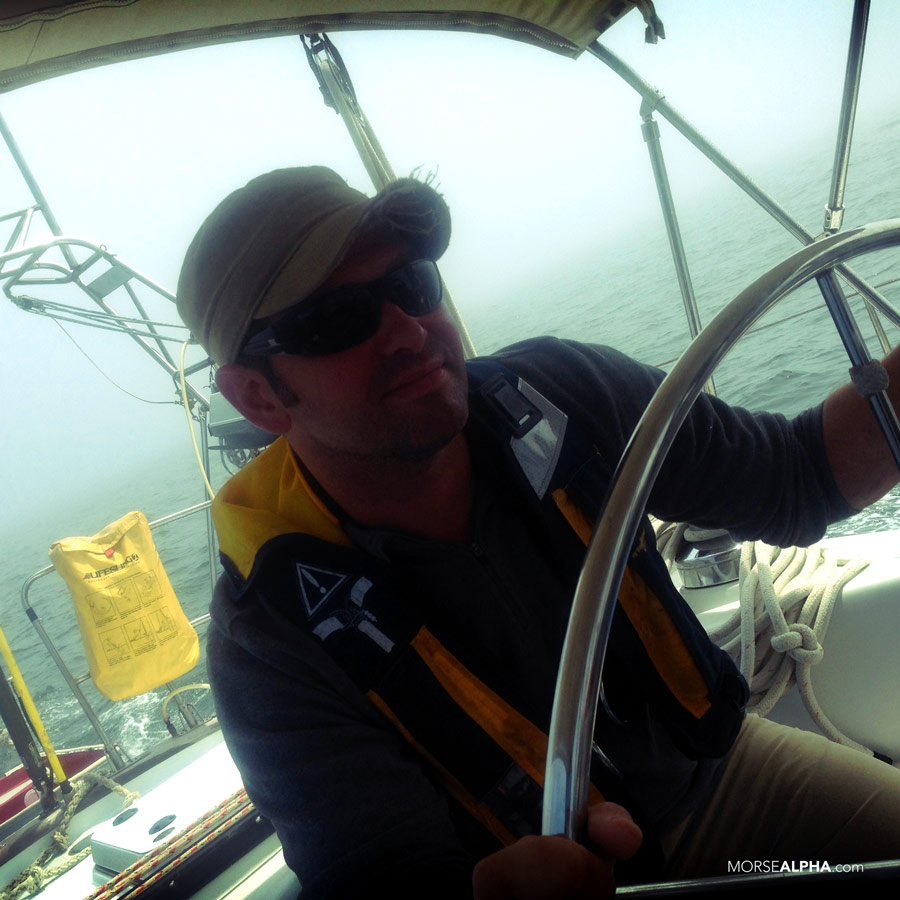 As a sailing vessel with an auxiliary engine, we are required, under normal circumstances, to sound one of two (we are either a sailing vessel or a power-driven vessel) different sound signals in the fog as started clearly by Rule 35. It’s not an option! And besides, we kinda like to toot our  horn!

(a) A power-driven vessel making way through the water shall sound at intervals of not more than 2 minutes one prolonged blast. (—)

(c) A vessel not under command, a vessel restricted in her ability to maneuver whether underway or at anchor, a vessel constrained by her draft, a sailing vessel, a vessel engaged in fishing whether underway or at anchor and a vessel engaged in towing or pushing another vessel shall, instead of the signals prescribed in paragraph (a) or (b) of this Rule, sound at intervals of not more than 2 minutes three blasts in succession, namely one prolonged followed by two short blasts. (— • •)

All vessels are allowed to give securité calls on the VHF, you don’t have to be  large or restricted in your ability to maneuver. Securité calls are preferably made on channel 13, but unfortunately not everyone monitors 13. So channel 16 is used frequently. Please monitor channel 13! As a recreational vessel, we exercise diligence when giving securité calls, trying to reserve their use to narrow channels, busy commercial lanes, or when radar targets of concern are within a mile or two. But if there is ever doubt, we get on the radio and broadcast a securité.

How To Give An Effective Securité Call

This is the forty-four foot sailing vessel Rocinante.

Any concerned traffic please respond on channel one-three or one-six.

This is the sailing vessel Rocinante standing by on one-three and one-six.

But no matter what we decide to do, underlying many of the decisions we make aboard Rocinante is the desire to be able to explain our actions in a court of law. We often ask ourselves, if an accident were to happen, would we be able to justify our every action and prove that we acted in the most prudent, responsible manner, and maintained the highest standards of seamanship. This may seem like a fearful way of living and sailing, but we don’t see it that way. Rather, it provides a very clear guideline for making decisions. If our yachtsman in the conversation above were to have had a collision with the Mary Day, surely his lack of a horn would not hold up well in court. A very simple, inexpensive piece of gear could cost him his entire vessel (insurance payout).