Recently a friend gave me an April 2010 copy of Dockwalk, thinking I might be interested as my career and passion is with the sea. After perusing one issue, I was extremely disappointed by the representation of women captains among its pages. Especially page 21-24, the “Dockshots” and photos of crew attending the Miami Boat Show. With only two exceptions, all the captains, mates, deckhands, and engineers were male and all the chefs and stewards were female. Even the advertising on the page inserted among these photographs (page 23) depicts the females in secondary roles. Does Big Blue Yachtwear make women’s shirts with four stripes on the shoulders? This is surely not an encouraging representation of an industry for people like me; women leaders who are looking for career advancing opportunities.

I was especially surprised to find that the four named editors on the “Dockwalk” website are all women. Undoubtedly you could have found a few female captains at the Miami Boat Show to photograph for your magazine, thereby not bolstering the general assumption that one should only hire a male captain. I am aware that there are less female captains in the industry. I would hope that a magazine led by women editors would do everything they can to encourage other women to become leaders as well. 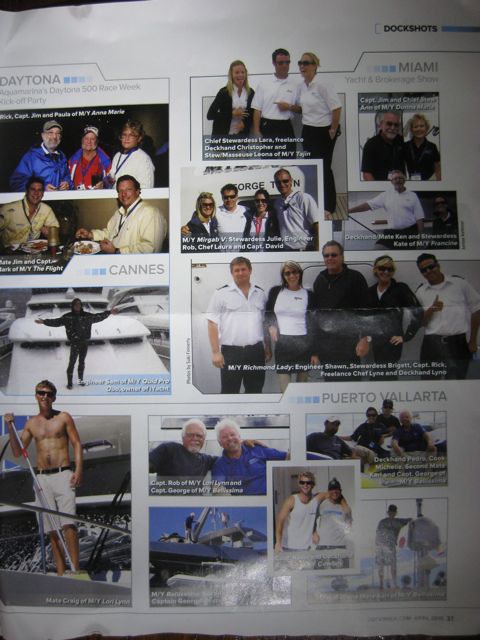