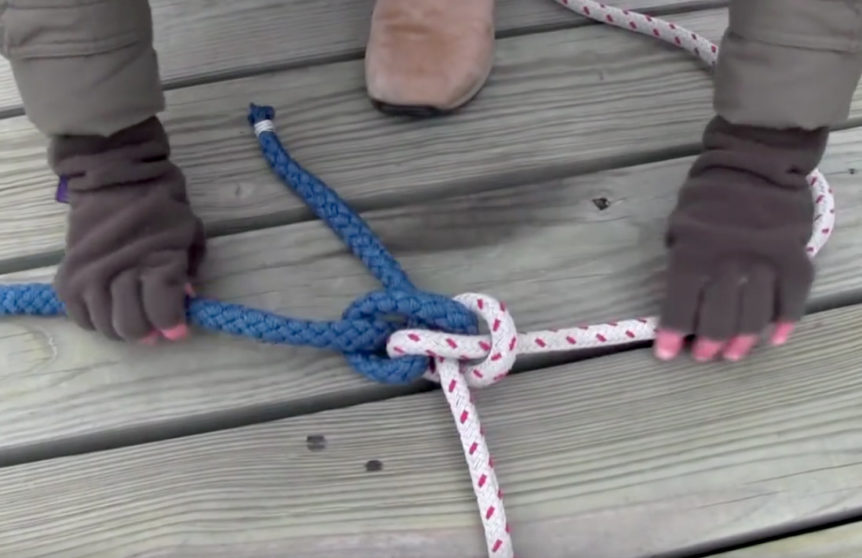 It was late at night while I was passing the time to hurry the rising sun that I started tying and counting all the knots that I know how to tie. I began categorizing them according to their uses. I tied adjustable knots, knots good for lines under tension, simple knots, decorative knots, knots for tensioning lines, knots I use daily, knots I never use, bends, turns, stoppers, hitches. I even included whippings, sennits, coils, lashings, frappings, splices… eventually I lost track of what and how many I had tied.

I am fascinated by the lore and art in knot tying. I consider it a point of honor to tie the finest knot in the most preferred way and chosen because its most advantageous for that particular purpose. Sometimes I imagine I can do anything, fix anything, create anything, simply with knots. And when I tie them, its with the heart of those who many years ago tied knots to save their ship and all the souls aboard. Buckles, clips, Velcro, cam cleats, straps, and other gadgets weren’t available.

So it was during my interview and after she had asked me why I would be good for the job, what other sailing experiences I had, and all the other standard questions, that I felt most assured with my answer to the last question.

“What knot would you use to connect a line to the anchor rhode in order to extend it?”

Without hesitation, “The Zeppelin Bend.”

The zeppelin bend isn’t a well-known knot and can’t be found in many knot tying books. However, its perfect in that it is easy to tie, is solid whether its under tension or slack, it will join two lines of differing widths, its attractive, and even after a heavy load you can untie it comfortably and quickly.

“Your hired,” she said and extended her hand. The next day I was sailing off into the fog, having just passed the USCG Captain’s exam and having my first experience being in command of a passenger vessel. All because of the zeppelin bend.

Watch a video we made… 5 Essesntial Sailing Knots & Bends which includes the Zeppelin Bend.