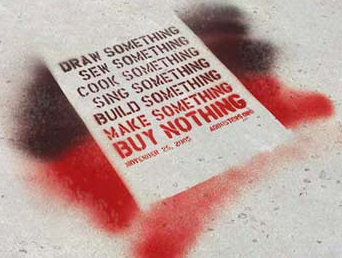 I would sleep in the attic of Grandma and Grandpa’s house, and after a long lie in bed I would wander downstairs, sit down in the living room, and enjoy the baton twirlers, Radio City Rockettes, and marching bands of the Macy’s Thanksgiving Day parade. One by one, people would arrive bringing desserts and yummy food. The cheesy potatoes were always a favorite, and each year it seemed as though more and more people brought cheesy potatoes. At dinner time, a prayer was read and the adults squeezed themselves around the table in the dining room, while the kids sat in the basement. I was still eating in the basement, even in my 20s. Nick always wondered when he would be promoted to the adult table, as he was the oldest, but we preferred him to eat with us anyway. After dinner the men would enjoy the football game in the basement, the women would stay in the living room, and the kids would play a game of Ollie Ollie Over in the backyard.

The following day, me, my sisters, mom, and Grandma all went shopping.

“…consumption is merely a means to human well-being, the aim should be to obtain the maximum of well-being with the minimum of consumption…. ”
–E.F. Schumacher from “Small is Beautiful” 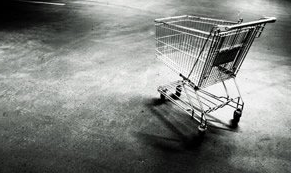 Now, more than a decade later, things have changed. Grandkids have their own kids, sisters have moved far away, cousins are married and have two families, and Grandma, the light of the party, has passed. Its been years since we had a Thanksgiving like this, yet I still look forward to it, expecting it to always be the same.

And other traditions change too. Today, the day after Thanksgiving, the stores are mobbed with customers, aggressive buyers pepper spray each other, and people have even been trampled to death by enthusiastic shoppers. Today is called Black Friday, but it is also called Buy Nothing Day.

Buy Nothing Day is an international day of protest against over-consumption.

Today I walked through Emily Dickinson’s home and learned about her poetry. Now I’m spending the afternoon painting ornaments with Ben’s niece. Later we will watch “The Neverending Story” while finishing off the pumpkin pie.

How are you celebrating Black Friday?

How are you celebrating Buy Nothing Day?

Leave a comment below to share your ideas of creative ways we can celebrate the holidays without over-consuming. Thanks for sharing!