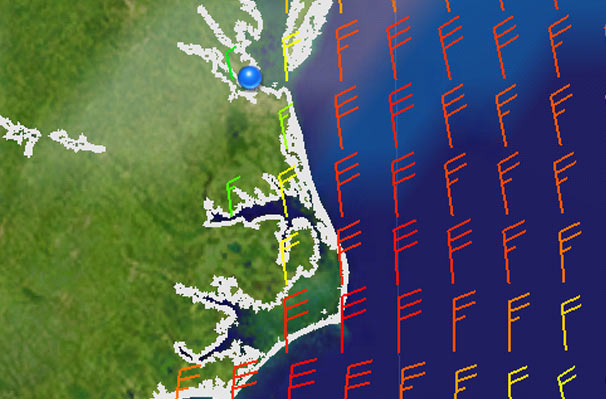 Ben and I are on a training passage with Mike and Jen aboard their new (to them) 49ft Jeanneau Adagio. They plan to cruise the Bahamas and Caribbean with their three children next spring. In the meantime, we need to move the boat to Florida (their starting point) and provide coastal and offshore training along the way. Already Jen has returned home having made only one 48hr passage with us before running out of free time. We spent many days at the dock alleviating maintenance issues, when we had hoped to be sailing. No worries! It’s all a part of the learning process. Mike, however has more free time, so Ben, Mike, and I have been reviewing the weather to plan for our final passage.

When the Bounty sunk there was an outcry of people claiming, “I would never sail in that weather.” Instead of responding like that, which closes off all opportunity for learning, I simply asked, “Why?”

Capt. Robin had far more days at sea and many miles, gales, storms, under his belt than I do.

Why then, did he make such a fatal choice?
What were the reasons that pushed him to go?
Why were the issues that compounded into a disaster at sea not a concern prior to departure?

These are the questions I had. If an experienced captain could make such a mistake, surely I could as well. And any person who believes that it couldn’t happen to them, is foolishly denying their own humanness, their own ability to make mistakes and have poor judgement. Mistakes happen to everyone. Capt. Robin couldn’t possibly have set sail believing that someone might likely die. He was wrong, and made the worst possible mistake. The best I can do now, is learn from his disaster.

Andy Chase wrote a great article for Wooden Boat Magazine, which analyzed the decision making process aboard the Bounty. I highly recommend you read it in its entirety. Have every crew member aboard your vessel read it no matter their sailing abilities. After all, even the least experienced person aboard has something valuable to contribute and a great skipper recognizes their own limitations and other’s capabilities. After the entire crew reads it, have a discussion over dinner about what you learned from it. We did just that last night and employed the point system decision making process Chase suggested in the article at our morning muster today. Here is what we came up with:

+1 for increased confidence in the boat. We had been laid up for a few days having the rig tuned, new batteries installed, a new wire run for the VHF antenna, and other things.

-1 for shy confidence in the boat, as we have never tested it in such big seas and winds as were presently happening offshore.

-1 for lack of an immediate bail-out option. There wasn’t any good inlets and anchorages south of us that we could get to before nightfall. If we set sail, we were committed to an offshore, overnight passage.

+1 for weather diminishing! The weather is supposed to only get more ideal, as it was predicted to diminish to 20 knots by tomorrow morning and then a steady 15 knots for the rest of our passage.

-1 for a sense of urgency. Already the journey has been taking longer than we planned. All of us had to get home to do other things. If we didn’t leave today, Marc would miss his daughter’s 9th birthday, the first birthday he has ever missed. Our sense of urgency could have been clouding our judgement.

-1 for challenging cold and big seas that could lead to seasickness and a weakened crew.

+1 for experience. Ben and I have both sailed in the conditions we expected to see.

We tallied the score and much to our disappointment we decided not to set off today. We will be departing tomorrow instead. When it came down to it, I had to ask myself, “If I had all the time in the world, would I set sail today?” The answer was a resounding “No.” So, despite deeply wanting to get underway, I could not consider it a reasonable option. Instead of sailing today, our plan is to have lessons on identifying a ship at night, fire fighting, and Colregs. We’ll finish the day off by making a fabulous feast, watching Hunger Games and getting to bed early so we are ready for our sunrise departure. 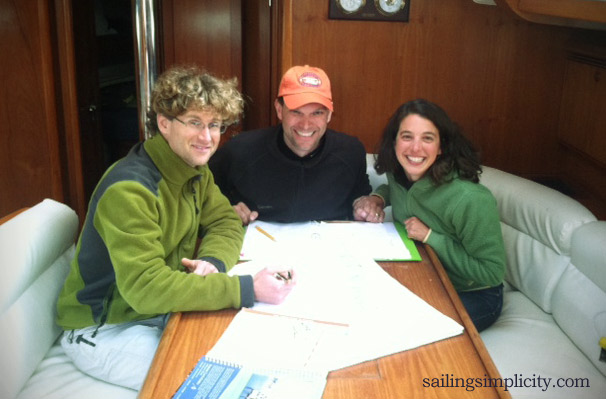 During this passage south, we have been having so much fun with the Facebook community. Join the fun!

Want to read a full account of the Bounty tragedy?